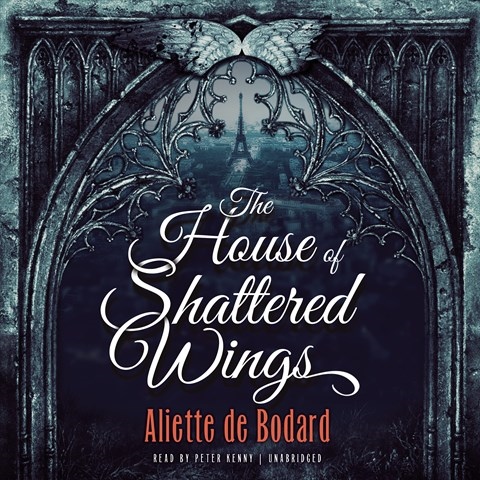 THE HOUSE OF SHATTERED WINGS

Narrator Peter Kenny's voices are reflective of the strong personalities who are pitted against evil in this fantasy. The intrigue between two noble houses of fallen angels in postapocalyptic Paris is complex, and growing more so. As a shadowy figure commits murders within the Silverspires' house, three disparate characters work together to see what they can salvage. In addition to the principals, Kenny has a large cast of secondary characters to work with. As relationships within the Silverspires strengthen to combat the growing threat against them, Kenny creates an atmosphere of restrained excitement toward the impending confrontation. J.E.M. © AudioFile 2016, Portland, Maine [Published: FEBRUARY 2016]