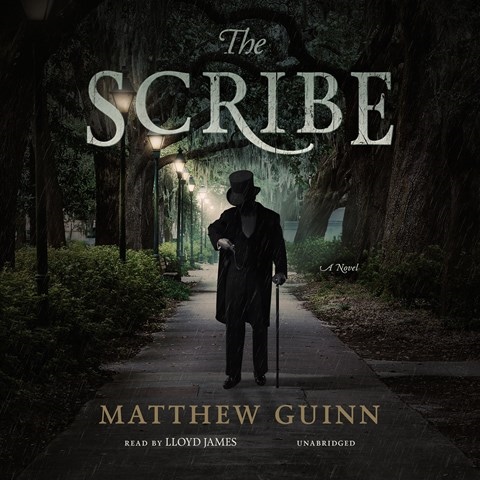 Lloyd James gives an understated performance in this sequel to THE RESURRECTIONIST. Disgraced detective Thomas Canby is called back to postwar Atlanta to investigate a series of ghoulish murders. Canby is partnered with Cyrus Underwood, Atlanta's first black detective. It seems the killer is targeting wealthy black men, eviscerating the victims, then carving an alphabet letter into their flesh. James is completely convincing, giving the principals depth and dimension. Each character is instantly identifiable--man or woman, white or black, Northerner or Southerner. Guinn offers a tale of Gothic horror with enough credibility to make the fiction seem real, thanks to a truly malevolent villain and a flawless delivery by James. S.J.H. © AudioFile 2015, Portland, Maine [Published: OCTOBER 2015]