Home»Reviews»DIARY OF A MAD BROWNIE 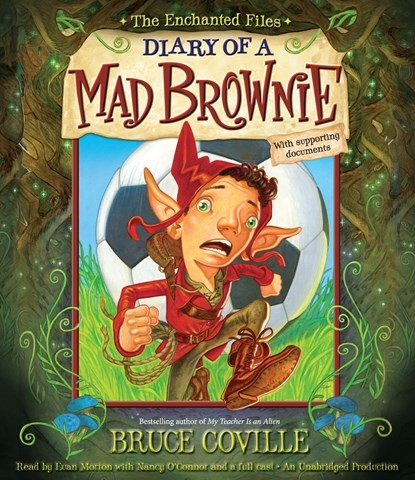 DIARY OF A MAD BROWNIE The Enchanted Files

Presented with a full cast, this story is a delightful romp from Scotland to Connecticut via the Enchanted Realm with Angus Cairns, a curse-carrying brownie. Euan Morton, as the kind but fiery-tempered brownie, steals the show with his heavy Scots brogue and animated dialogue. Morton’s comic timing is perfect for Angus’s wry observations of his new life in the relatively unenchanted United States. Angus must work to break the curse with help of a brownie’s worst nightmare—a slovenly girl named Alex, voiced by perky 13-year-old Nancy O’Connor. The diary entries of Alex and Angus comprise most of the book. Other cast members fill in as family, friends, and teachers, delivering dialogue or supplementary letters and messages. L.T. Winner of AudioFile Earphones Award, 2016 Audies Finalist © AudioFile 2015, Portland, Maine [Published: JULY 2015]