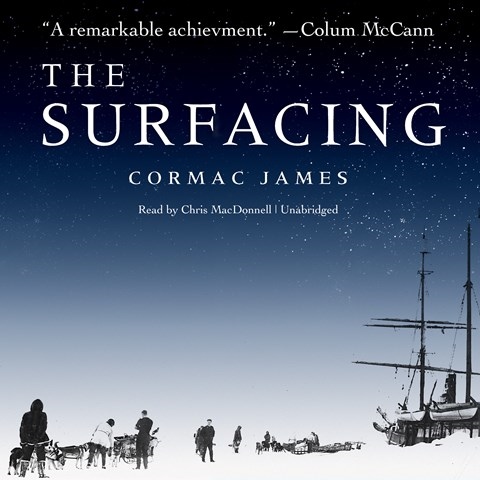 In this meditative tale, a ship dispatched in 1850 becomes trapped in polar ice while searching for Sir John Franklin's lost expedition of 1845. Chris MacDonnell's narration is perfectly understated and unhurried, capturing the austere and isolated setting and the crew's masculinity and stoicism in the face of death. At the center of the story is Lieutenant Richard Morgan--an unexpected leader and an unexpected father by a stowaway who is pregnant with his child. It's a spare and deliberate novel that could have dragged in the hands of a lesser narrator. However, MacDonnell fully understands Morgan and faithfully translates his sardonic and contemplative nature (including a decreasing understanding of the mission's endgame). It's a lyrical and poetic performance by both author and narrator. A.B. © AudioFile 2015, Portland, Maine [Published: SEPTEMBER 2015]