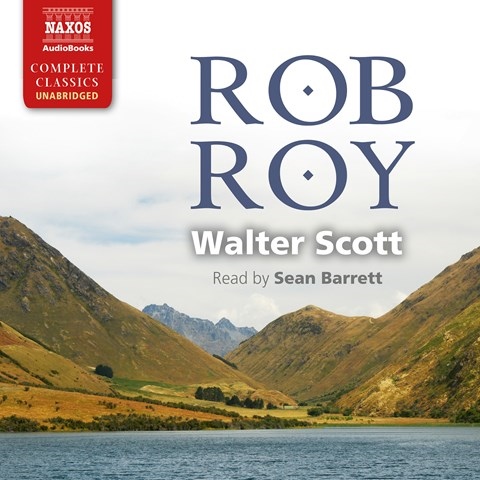 Narrator Sean Barrett doesn't let early-nineteenth-century verbiage bog down Scott's tale of adventure involving a London merchant's son, a Highlands rover, and Jacobite plots. Nonetheless, his reading does convey the immersive, comforting pleasure of books of the period. He is skillful in supplying appropriate emotions, acting various parts, varying voices, and maintaining an excellent pace (though some passages ARE verbose). His Scots dialect seems authentic, sometimes to the point of incomprehensibility, so some passages may give listeners difficulty, although the context usually helps. He also exhibits remarkable skill and sensibility in varying the accents and the thickness of the dialect not only among characters, but also within individual character's speeches, when indicated. His reading will be richly satisfying to fans of the period. W.M. © AudioFile 2015, Portland, Maine [Published: OCTOBER 2015]