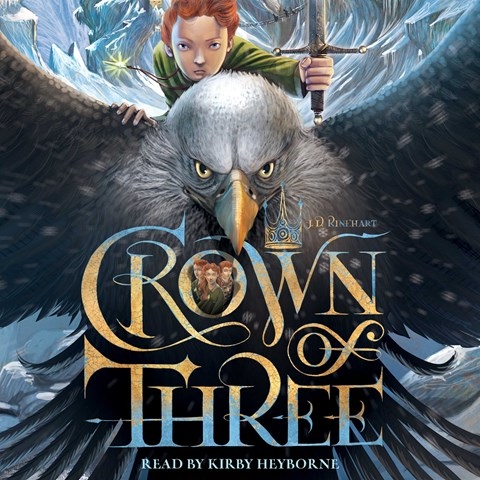 Kirby Heyborne uses his talent for evoking raw emotions in this middle-grade fantasy debut. Listeners are propelled into a world reminiscent of that of "Game of Thrones." A prophecy predicts that royal triplets who were separated at birth and secretly hidden away will overthrow the evil King Brutan and restore peace to Toronia. Heyborne transitions effortlessly between the three heirs: Gulph, a performer; Elodie, a princess; and Tarlan, a witch's apprentice. Heyborne's skills especially shine in portraying King Brutan's son, Nynus, whose metamorphosis from frightened child heir to maniacal terror on the throne is spectacular. The nonstop action races to the end, with Heyborne mastering every element. M.F.T. © AudioFile 2015, Portland, Maine [Published: AUGUST 2015]