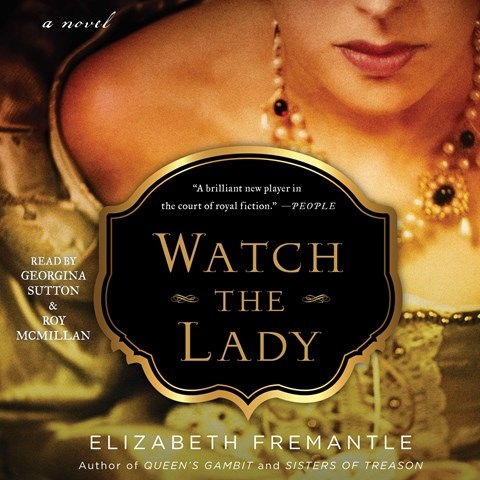 Elizabeth Fremantle continues her focus on the Tudor courts with this look at the life of Penelope Devereaux, who was not only one of Queen Elizabeth's ladies-in-waiting but also her cousin. Georgina Sutton and Roy McMillan narrate sections told from the points of view of Penelope and powerful court administrator Robert Cecil. As always, Fremantle tells a compelling story of some of the lesser-known aspects of the Tudor courts, and Sutton and McMillan give admirable performances. Both narrators present their characters confidently and make choices that seem in line with those made by Fremantle in her crafting of the story. Fans of Tudor fiction can't go wrong with this engaging story ably told. J.L.K. © AudioFile 2015, Portland, Maine [Published: JULY 2015]