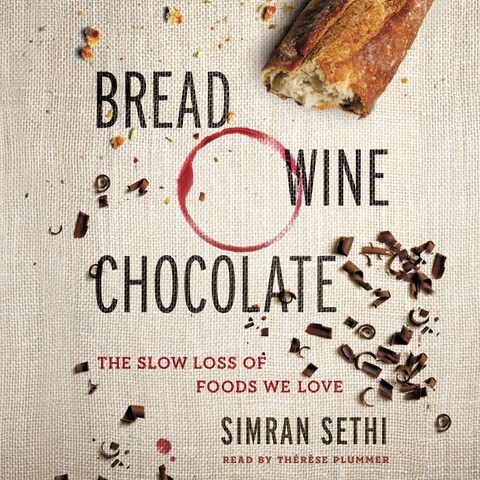 BREAD, WINE, CHOCOLATE The Slow Loss of Foods We Love

Thérèse Plummer’s well-tempered performance complements this book’s important message about food and agricultural biodiversity. Her solemn tone conveys the trend toward standardization being set by the American food industry, which the author believes threatens the biodiversity of our food. Plummer’s casual warmth brings out the down-to-earth pleasures of foods—especially bread, wine, and chocolate—and emphasizes the need to appreciate diverse foods and flavors, and the humble places they come from. Creating individual voices and accents for various interviewees, Plummer captures the richness of the countries and cultures that embrace the three foods she focuses on. Overall, Plummer’s narration depicts the author’s belief that how we eat honors how we celebrate the world and our sense of taste. M.F. Winner of AudioFile Earphones Award © AudioFile 2016, Portland, Maine [Published: FEBRUARY 2016]