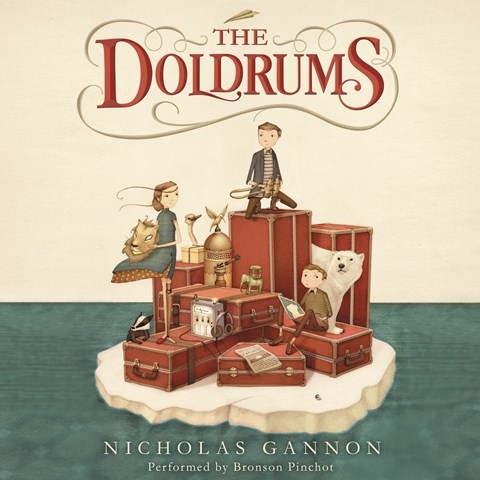 THE DOLDRUMS The Doldrums, Book 1

Bronson Pinchot’s exhilarating performance is filled with versatile and evocative character voices. Archer Benjamin Helmsley—grandson of renowned explorers who he believes perished in Antarctica—discovers that they may still be alive. Besides his trusty friend, Oliver, who better to search for them than the French girl who lost her leg in a crocodile attack? With a delightful French accent, Pinchot captures Adelaide’s soft voice and gentle personality. His eclectic assortment of voices, full of personality, reveal the characters’ larger-than-life attributes—especially those of the brash, boisterous, somewhat unhinged Mrs. Murkley. Pinchot’s effervescent performance and spot-on character portrayals highlight not only the irony and humor but also the poignant themes of this heartwarming story. M.F. Winner of AudioFile Earphones Award © AudioFile 2015, Portland, Maine [Published: NOVEMBER 2015]