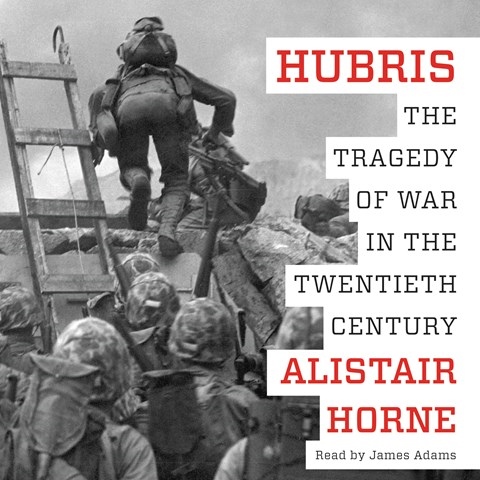 HUBRIS The Tragedy of War in the Twentieth Century

Any audiobook that opens with the battle history of the 1905 Russo-Japanese War is likely to daunt narrator and listener. James Adams prevails through sheer expertise. He is adept and nimble with dozens of names of generals, battle sites, and battleships. He's never tripped up by the cosmopolitan nuances of a German-born Soviet spy operating out of Tokyo, or by the glottal sloughs of the German siege of Moscow. Alistair Horne's theme of military disaster resulting from hubris is vividly demonstrated in a series of dramatic modern defeats. A history of colossal military blunders is instructive, and fascinating in its own right, but after 12 hours, something of a downer. D.A.W. © AudioFile 2015, Portland, Maine [Published: DECEMBER 2015]