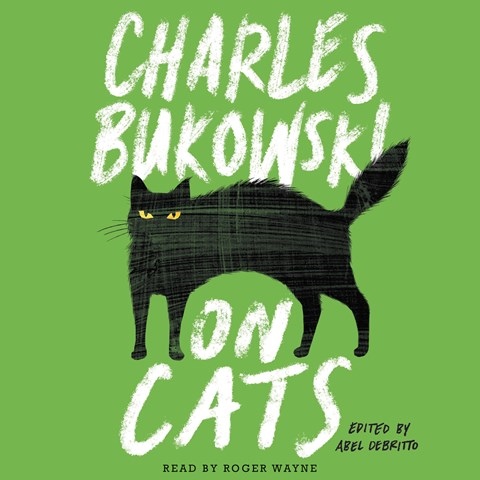 "Roll over, roll over!" With these unlikely words, narrator Roger Wayne takes listeners on an occasionally exasperating but always exhilarating look at cat ownership. This previously unpublished collection of short prose and poetry offers a surprisingly intimate look at writer Charles Bukowski, who is typically seen as a womanizing tough guy. Wayne deftly conveys his descriptions of the fighters, hunters, and survivors that are his favorite pet. Most amusing is Wayne's account of Bukowski relaxing in the bathtub with a cigar and THE NEW YORKER--until his cat decides to join him. She soon drenches the magazine and unravels his fine cigar. Wayne's conversational style offers a warm and loving look at Bukowski and his feline companions that will forever change his image. S.G.B. © AudioFile 2015, Portland, Maine [Published: DECEMBER 2015]