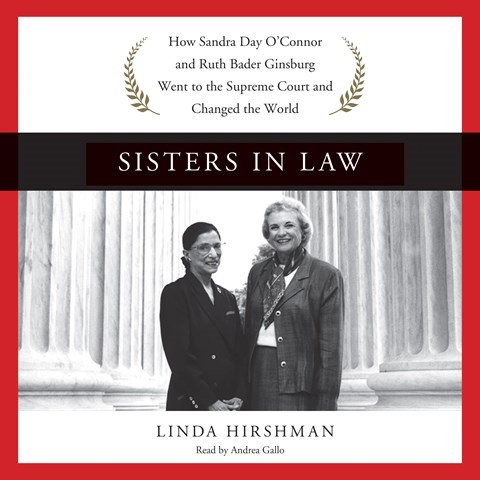 One is Catholic, the other Jewish. One is from the open West, the other from teeming Brooklyn. One was a Reagan conservative, the other an FDR liberal. What these two influential justices were able to accomplish as the first and second women appointed to the Supreme Court goes beyond their differences and speaks to their commonalities. That’s what this fascinating audiobook is all about. Narrator Andrea Gallo’s engaging, open voice has a slight rasp but is eminently compelling and inviting. While she doesn’t have an elastic range, she does adjust her tone to capture the momentous nature of the decisions the Court made during the shared tenure of these two judicial leaders. R.I.G. © AudioFile 2015, Portland, Maine [Published: OCTOBER 2015]