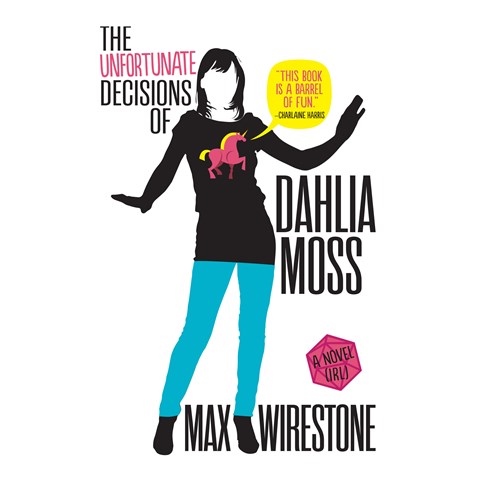 THE UNFORTUNATE DECISIONS OF DAHLIA MOSS

Single, unemployed Dahlia Moss recounts the series of strange events that led to her being chased by a murderer dressed as a tree while she successfully solved her first case as an investigator. Narrator Lauren Fortgang delivers Dahlia's exploits in a light, easy manner. The story is laugh-out-loud funny, and Fortgang's comedic timing is perfect. She uses a variety of larger-than-life accents for quotes, impressions, and all the supporting characters, including characters with fake Indian accents, villains from the video game MMORPG, and hard-boiled police detectives. Her narration draws the listener in, and the fast-paced, fun-filled adventure holds one's attention while Fortgang works her magic on the voices of this kooky cast of characters. E.N. © AudioFile 2015, Portland, Maine [Published: NOVEMBER 2015]