Home»Reviews»UP IN THE OLD HOTEL 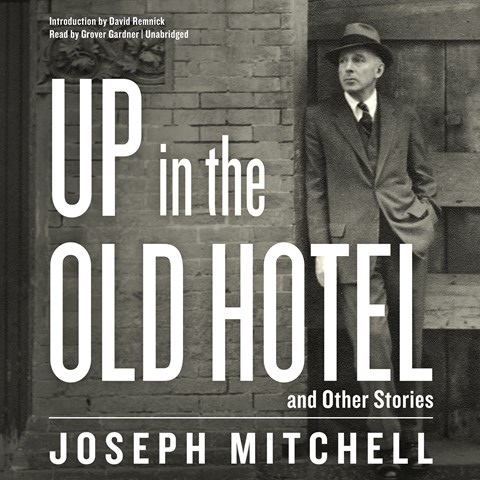 UP IN THE OLD HOTEL And Other Stories

UP IN THE OLD HOTEL by the legendary NEW YORKER writer Joseph Mitchell is an icon of American journalism. For a narrator to do this omnibus volume of essays justice requires the same level of skill behind the microphone that Mitchell brought to his impeccable, clean, almost invisible prose style, and Grover Gardner is amazing here. He creates an intelligent, interested, wry voice for Mitchell that matches his reportorial stance, and lets the voices of the many and varied characters who trust and talk to Mitchell take center stage. Gardner evokes, rather than imitates, regional accents when necessary: His Boston is wonderful, his Southern ditto, and his Gypsy King is absolutely hilarious. This is a listening experience to savor and share, and return to. B.G. Winner of AudioFile Earphones Award © AudioFile 2015, Portland, Maine [Published: OCTOBER 2015]