Home»Reviews»WHERE THE BODIES WERE BURIED 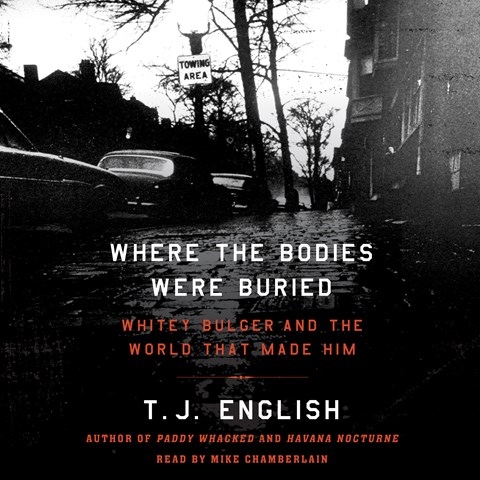 In coolly objective tones, Mike Chamberlain recounts the rise and fall of Whitey Bulger, one of the nation's most wanted underworld figures. While it was acknowledged that Bulger was the kingpin of the Irish mob, he consistently slipped through the prosecution's grasp because Bulger and his associate Stephen Flemmi were informants for the FBI, ratting out other mob figures. Chamberlain delivers the horrific tales of brutality with matter-of-fact reportage, as witness after witness incriminates Bulger in racketeering, extortion, drug dealing, and countless murders. Many witnesses received immunity for their testimony, which they offered willingly, believing they weren't breaking their code of silence. As one witness says--"You can't rat on a rat." Bulger was finally convicted of racketeering and murder, and Chamberlain makes this account memorable. S.J.H. © AudioFile 2015, Portland, Maine [Published: OCTOBER 2015]