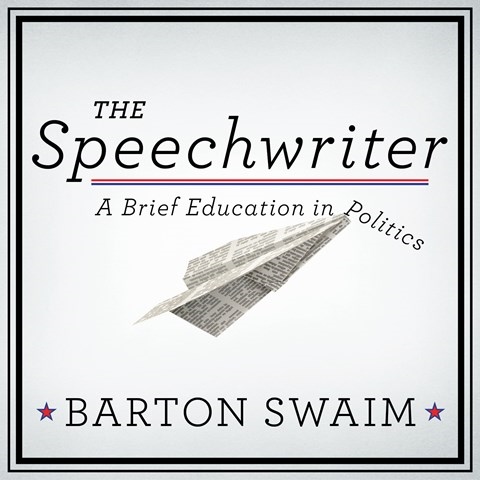 THE SPEECHWRITER A Brief Education in Politics

Swaim served four years as a communications officer and speechwriter for former South Carolina Governor Mark Sanford, who famously left the state for several days to visit his Argentinian girlfriend without anyone's knowledge--including his wife's. Here Swain offers a memoir that is also an ever-so-lightly disguised seriocomic treatment of the wild world of contemporary political officeholders and their dedicated and often-abused staffs. Jonathan Yen's steady narration is clear, thoughtful, and engaging. Surprisingly, his low-key attempt at a Southern accent works well. The combination of charismatic megalomania and potential ethical abuses presented by Swain makes this memoir informative and, at turns, nauseating. Listen to this tapestry of public life with some caution. W.A.G. © AudioFile 2015, Portland, Maine [Published: AUGUST 2015]