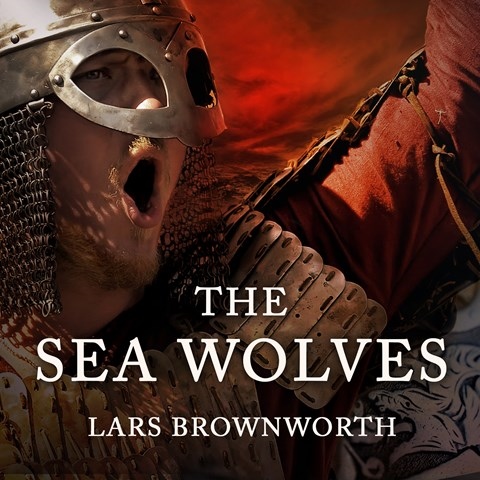 THE SEA WOLVES A History of the Vikings

Ragnar Lodbrok took Paris, Eric Bloodaxe ruled York, and Harold Hardrada fought the Battle of Stamford Bridge. These Viking kings may not be household names, but Joe Barrett uses a straightforward journalistic approach to give us a solid overview of the 250-year period between 793 AD and the middle of the eleventh century when the strong arm and cultural influence of the Vikings reigned supreme. They navigated the rivers and seas from Constantinople to Newfoundland, named the days of the week after their gods, introduced trial by jury to England. As the details stack up, a little glint appears in Barrett's voice that says, though there may not be outward signs of their past glory, somewhere, deep down there's a little Viking in us all. B.P. © AudioFile 2015, Portland, Maine [Published: OCTOBER 2015]