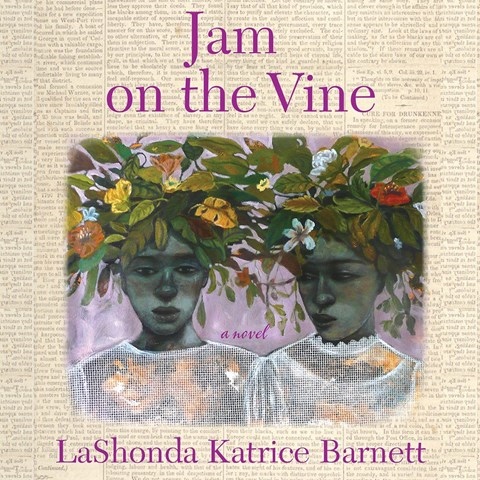 JAM ON THE VINE

Narrator Phylicia Rashad gives such a vivid portrayal of the characters in this audiobook that you feel you are in the same room with them, only you’ve turned your head and don’t happen to be seeing them. It’s as if she’s known every one of them personally. Ivoe Williams is a capable and determined daughter of early-twentieth-century Jim Crow Texas. As a young woman, she starts an African-American newspaper, JAM ON THE VINE, in Kansas City, Missouri. Barnett’s writing is gorgeous, and Rashad revels in it. The book is a hymn to personal courage, love, and the fourth estate, and you will admire, remember, and care about these characters long after you finish, thanks in no small part to Rashad’s glorious and heartfelt performance. B.G. Winner of AudioFile Earphones Award © AudioFile 2015, Portland, Maine [Published: AUGUST 2015]