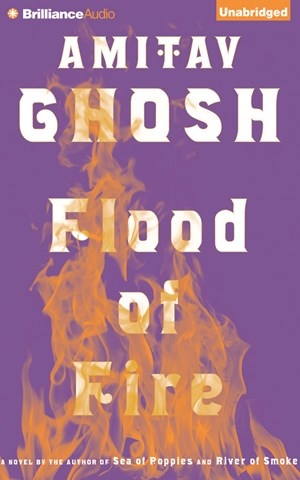 The final installment of the Ibis Trilogy has a wide cast of characters whose lives come together around the British opium trade. Narrator Raj Ghatak's precise diction is well suited for a historical novel that spans the height of the British Empire. His easy reading style and steady pace allow listeners to keep track of multiple storylines taking place in diverse countries. Ghatak shifts fluidly between male and female Indian and British characters as he highlights the trials and tribulations of these intersecting lives. The twists and turns make for enjoyable listening. M.R. © AudioFile 2015, Portland, Maine [Published: AUGUST 2015]