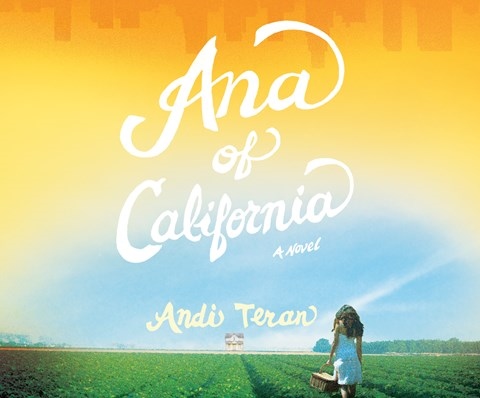 Loosely based on the classic novel ANNE OF GREEN GABLES, this darker, contemporary version features Ana Cortez, a Hispanic orphaned teen from L.A. who is being sent to work on a farm run by brother and sister Emmett and Abbie Garber. Author Andi Teran narrates the story herself. While her narration lacks a bit of polish, it has plenty of charm. Teran engages listeners as Ana's troubled past threatens her place on the farm--which is her last chance before she's sent to a group home. Teran captures Ana's spunk and determination as she faces closed-minded adults as well as teen issues such as drug use, gangs, and sexual orientation. An especially nice touch is Teran's gift with Spanish accents and words. M.M.G. © AudioFile 2015, Portland, Maine [Published: AUGUST 2015]