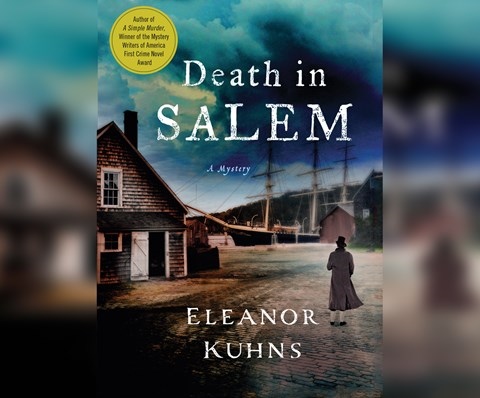 Narrator Susie Berneis evokes the eerie setting of Salem, Massachusetts, a century after the infamous witch trials. When a wealthy businessman is murdered, a slave of Jamaican descent is arrested, and her fiancé asks Will Rees, a traveling weaver who also solves crimes, for help. Berneis effectively portrays male characters as well as female characters, which is essential in a story with a male protagonist. Berneis juggles a wide cast, including a family of spoiled adult children, heirs to their murdered father's business. Rees has family problems of his own as the father of five adopted children and an angry teenager. Listeners are taken in and out of Salem's underground tunnels as Rees pursues the real killer. M.R. © AudioFile 2015, Portland, Maine [Published: OCTOBER 2015]