Home»Reviews»THE STATUS OF ALL THINGS 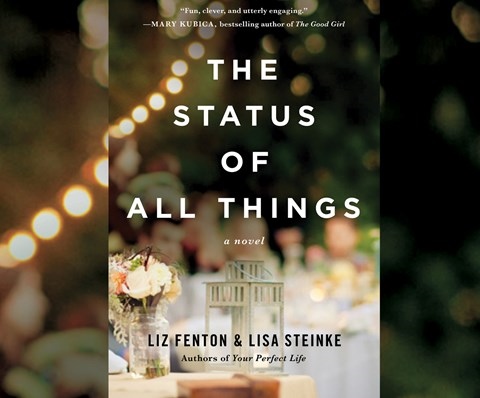 THE STATUS OF ALL THINGS

Narrator Amy McFadden voices Kate's heartache as she reels from being dumped by her fiancé shortly before the scheduled "I do's." When she voices her wish to rewrite the last month on her Facebook page, Kate discovers that whatever she writes becomes reality. Relief and joy flood McFadden's voice at this realization. It's a whirlwind journey as Kate looks past online profiles and appearances to focus on the truth of her relationship. McFadden does a terrific job of voicing friends Liam and Jules, who benefit from a few of Kate's more frivolous wishes while they flank their friend with unwavering support. Listeners will laugh and cry during McFadden's vibrant portrayal of Fenton's story of free will and fate. A.L.C. © AudioFile 2015, Portland, Maine [Published: SEPTEMBER 2015]