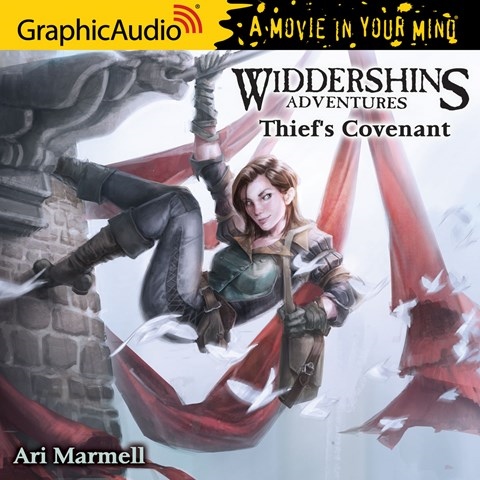 by Ari Marmell | Read by Nanette Savard and a Full Cast

This full-cast production uses music and sound effects to immerse listeners in Davillon, the city where the young thief known as Widdershins lives and tries to hide her real identity--and the fact that a deity is sharing her body. The actors anchor the story with vivid performances while the action-packed plot is illuminated by frequent flashbacks that reveal how Adrienne Satti became Widdershins--smart, fierce, nearly friendless, and currently on the run from her past, the authorities, and even her own guild. The music and sound effects--crowd noise, horses' hooves, doors opening and closing--add color to the setting and heighten the tension and suspense. A pleasing choice for fans of light fantasy and adventure. A.F. © AudioFile 2015, Portland, Maine [Published: DECEMBER 2015]