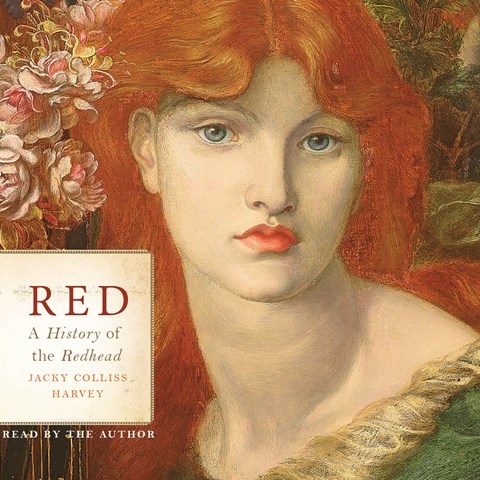 RED A History of the Redhead

Red hair, the rarest of the hair colors, carries with it a host of preconceived assumptions and ideas about the bearer's personality. This is a topic near and dear to author Jacky Colliss Harvey, a redhead herself, so it's fitting that she narrates her in-depth exploration of the history and biology of redheads throughout the world. Harvey has a pleasant British accent with clear diction and a knack for tonal variation. She recounts her personal experiences with "gingerism," prejudice against redheads, in her homeland of Great Britain, where preconceptions about redheads seem to be particularly strong. She relates fascinating historical and scientific tidbits, culminating in an account of her experience in the Netherlands at a redhead festival, where, for once, redheads were the majority rather than the minority. S.E.G. © AudioFile 2015, Portland, Maine [Published: AUGUST 2015]