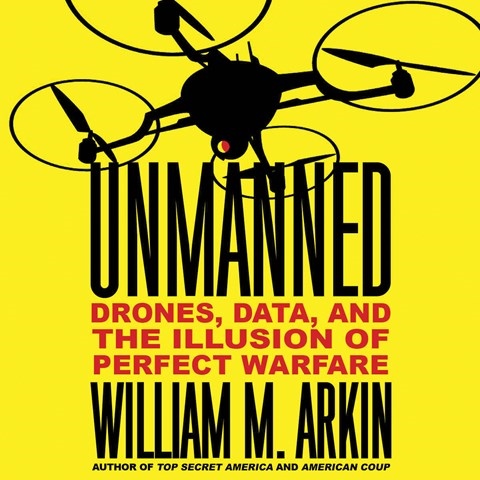 UNMANNED Drones, Data, and the Illusion of Perfect Warfare

William Arkin narrates his audiobook in a weary voice that sounds as if his thoroughly researched work on drones and black boxes has exhausted him. That's understandable because the material IS exhausting in its detailed account of how the USA's tiny armada of 200 unmanned surveillance devices morphed, in just a decade, into 12,000, many of which are armed "point-and-shoot" devices capable of "loitering" in the sky for 40 hours at a time. Arkin is not optimistic about the future of long-distance perpetual warfare, nor is he hopeful for its civilian uses either--the audiobook ends with a prophetic look at unmanned-gone-wrong in the year 2034. The weak aspect of this audiobook is Arkin's use of the Mesopotamian EPIC OF GILGAMESH as a metaphoric reference--a literary device that's initially confusing and eventually annoying. R.W.S. © AudioFile 2015, Portland, Maine [Published: SEPTEMBER 2015]