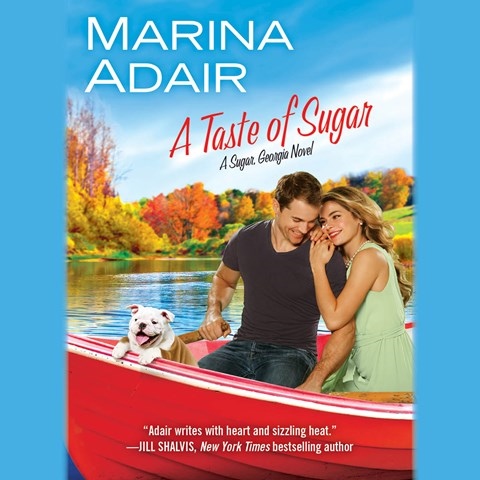 Narrator Chelsea Hatfield sashays through a charming story set in the small town of Sugar, Georgia. Pediatric doctor Charlotte Holden and mechanic Jace McGraw juggle a secret marriage, a medical grant, a town parade, and a lovelorn sheep while the town keeps out an eagle eye for any hint of scandal. Hatfield takes all the drama in stride as she provides robust, recognizable voices that add to listeners' understanding of this Georgia microcosm. Hatfield's Southern accent is not overwhelming. She gives Jace a low, gravelly timbre and turns Charlotte's lighter drawl liquid when Jace revs her engine. Overall, Hatfield captures Charlotte's newfound sense of empowerment as she fights for her job and her marriage. And if that isn't enough, the girl power "baas" when Wilhemina the sheep bonds with Charlotte are hilarious. C.A. © AudioFile 2015, Portland, Maine [Published: SEPTEMBER 2015]