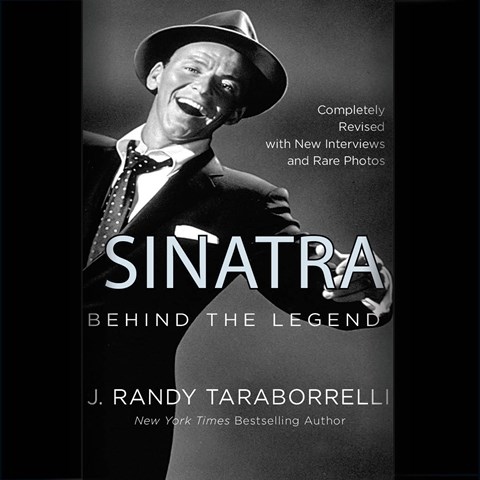 SINATRA Behind the Legend

This audiobook appears to be a slight reworking of Taraborrelli's sensational nearly twenty-year-old attempt to provide a definitive biography of the entertainer whose birth centenary will be celebrated later this year. Though the decades-long story is familiar, little meaningful insight into Sinatra's artistry, sense of style, or strategic business acumen is in evidence. Narrator Robert Petkoff provides an enthusiastic, playful tone. His deep voice lightly characterizes such celebrities such as Dean Martin and Sammy Davis, Jr., but his vocal characterizations of women do not work as well. Family members such as Sinatra's first wife, Nancy, and his daughters, Nancy and Tina, sound the same in tonality and pacing. The pronounced emphasis of this audiobook is on Sinatra's personal life, and the narrative is quite familiar. Petkoff cannot seem to soar above the sensational content. W.A.G. © AudioFile 2015, Portland, Maine [Published: OCTOBER 2015]