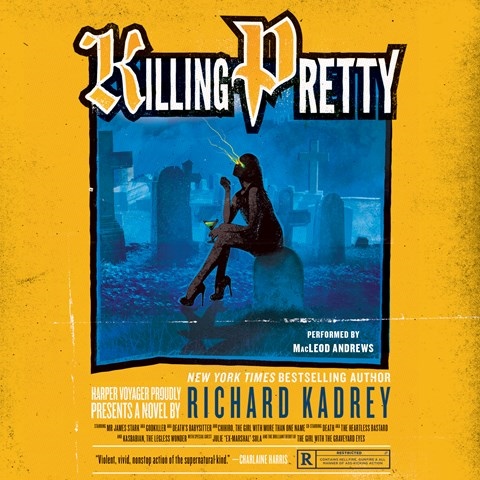 In this seventh volume in the Sandman Slim series, protagonist James Stark finds himself in a metaphysical bind. Narrator MacLeod Andrews ably voices Stark's world-weariness. With diminished powers, the nephilim (half-human, half-angel) has to solve the mystery of who tried to kill Death, without getting murdered himself in the process. Aided by his demon paramour, Candy, and other associates, Stark follows the trail through the gory paranormal underworld of Los Angeles. Andrews produces an enticing cacophony of accents for an international cast, including a Germanic vampire, a Czech zombie hunter, and a timid witch. He brings life to the gritty backdrop of Stark's world, even though it's largely a violent realm of death. Andrews grabs listeners and propels them through this dazzling journey from Death to life to, well, death again. D.E.M. [Published: JANUARY 2016]