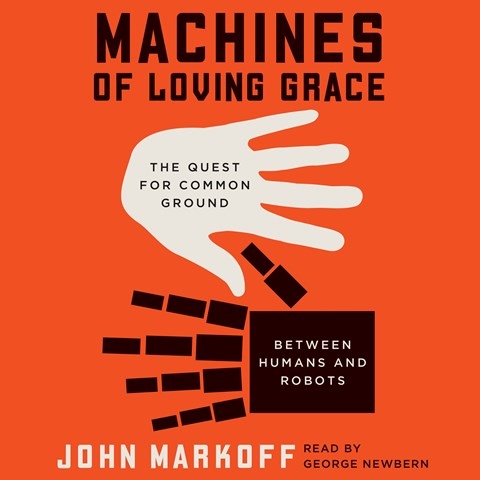 George Newbern provides a convincing, conversational narration of this audiobook about robot intelligence. There's a lot to digest. Much of it deals with speculation as to who will be right: those who believe in AI (artificial intelligence machines that may eventually supplant human workers) or those who believe in IA (intelligence augmentation machines that will work with humans). Along the way, all things robotic are analyzed--from driverless cars (who will be liable for the eventual accidents?) to the emergence of the Singularitarians (futurists like Ray Kurzweil who believe that humans will eventually merge with machines). Though narrator Newbern does a balanced job presenting the arguments and facts, perhaps a human narrator might already be passé. Siri, call your agent! R.W.S. © AudioFile 2015, Portland, Maine [Published: DECEMBER 2015]