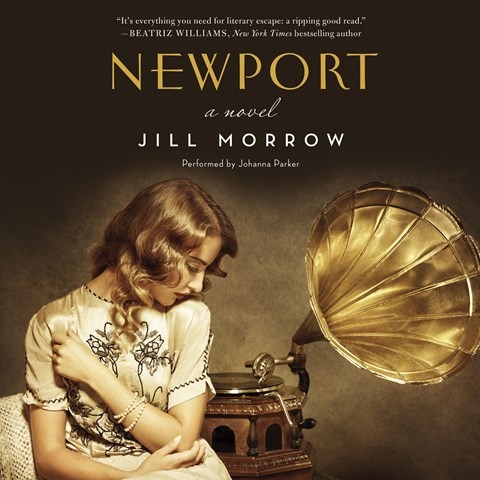 Narrator Johanna Parker provides mildly discernible voices for the characters of this novel, despite their stereotypical affluence and greed in wealthy 1920s Rhode Island. She presents a straight reading of protagonist Adrian De la Noye, a successful attorney who arrives at his prosperous client's Newport mansion to modify his will. The client's adult children, who insist that the document should not be changed to favor their father's young new wife, are rendered with more color. The whiny daughter's pitch hints at drunkenness, and the angry son's tone demonstrates his bent for violence. Parker does best with the self-possessed voice of Catherine, the stunning fiancée who turns out to be the lawyer's former lover. During séances, the deceased wife sounds more imperious than ethereal. N.M.C. © AudioFile 2015, Portland, Maine [Published: JULY 2015]