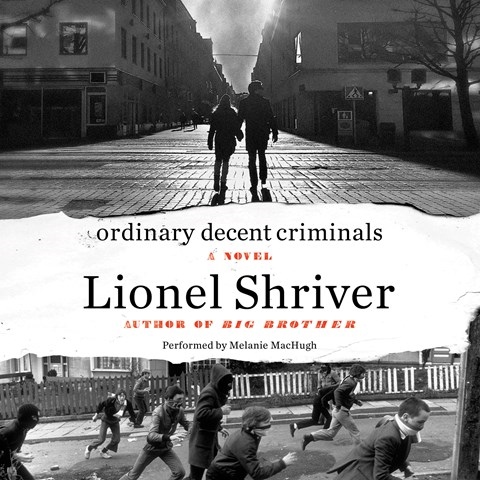 In pre-Accord Northern Ireland, self-made and self-destructive Farrell O'Phelan has begun an affair with American Estrin Lancaster, a woman who is attracted to both personal and global conflict. His unctuousness and her brittleness are deftly captured in Melanie MacHugh's butter-smooth delivery for the one and overly bright tones for the other. Farrell's nemesis, the politician Angus MacBride, masks his viciousness with a "hale and hearty" persona, which MacHugh succeeds in reproducing. Despite MacHugh's solid take on these primary characters, her narration can't seem to rescue Shriver's novel from its own "troubles": It ceases to be engaging long before it ends. Still, those set on reading it will be as well served by the audio edition as the print version. K.W. © AudioFile 2015, Portland, Maine [Published: DECEMBER 2015]