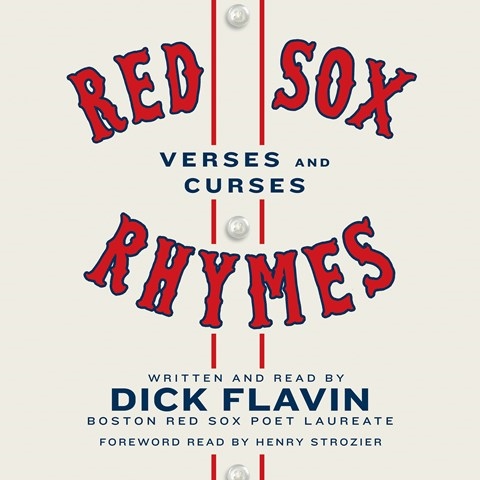 The author-narrator loves his Red Sox team, it's easy to see--from Yaz to Youklis to Petrocelli. He writes in rhyme, poetic verse--about great players, even the famed curse. His love runs deep, he knows his rhyming role--from Teddy Ballgame to the Pesky Pole. He laments a bit, but he's a poetic king--and why not, he has his own World Series ring. Red Sox Nation will love his personal voice as he writes of Ortiz, Rice, and Mo--or as he goes back to the past to laud Dom DiMaggio. For Boston fans, this is a must. In Flavin's rhymes, they'll put their trust. M.B. © AudioFile 2015, Portland, Maine [Published: SEPTEMBER 2015]