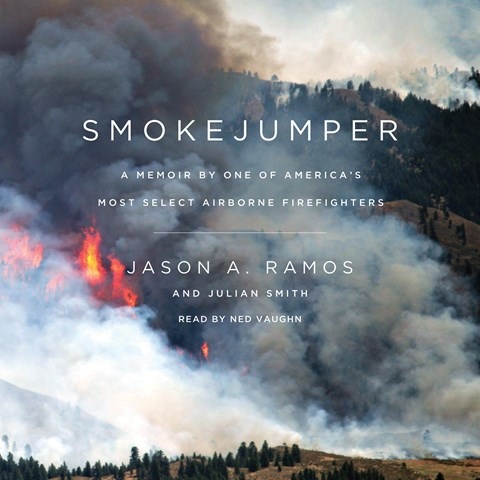 SMOKEJUMPER A Memoir by One of America's Most Select Airborne Firefighters

by Jason A. Ramos, Julian Smith | Read by Ned Vaughn

Ramos left a safer job as a municipal firefighter to become a smokejumper--a parachuting firefighter. Ned Vaughn credibly narrates Ramos's first-person account. His voice is mostly calm as he talks about the dangers of the job--though he still leaves room for notes of excitement during training and missions. There's also the occasional humorous turn, as when Ramos writes about mosquitoes. Vaughn's matter-of-fact tone maintains listener interest while allowing for the solemnity of death and injury to hit home. A passage in which Ramos ponders the feelings that a group of firefighters must have had before their deaths is especially moving. Listeners who know someone in a line of dangerous work may particularly appreciate hearing Ramos's take on his job. J.A.S. © AudioFile 2015, Portland, Maine [Published: SEPTEMBER 2015]