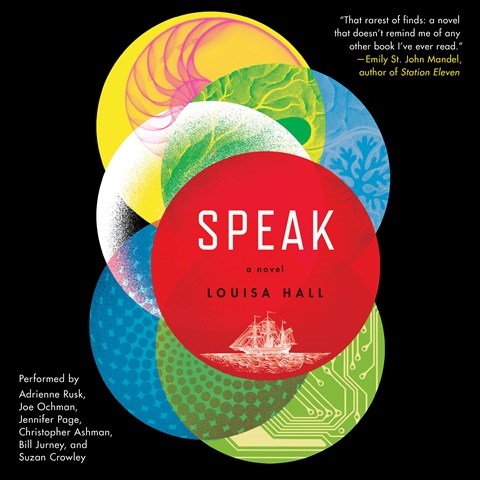 Hall's work is less a novel than a collection of diaries of a half-dozen people whose lives stretch from the 1600s to the near future. Their writings explore the nature of intelligent thought, communication, and what it means to be human. Seven narrators portray the characters--and one robot--with varying styles and quality. Some are intriguing and endow characters with personality. Others literally "read" the entries with little passion. The core of the story is the development of a "baby bot," an intelligent robot that is both a toy and a friend to children. Eventually, the robots are destroyed because children prefer them to family. The other characters in the audiobook somehow contribute to the eventual creation of the robots, even if only philosophically. M.S. © AudioFile 2015, Portland, Maine [Published: OCTOBER 2015]