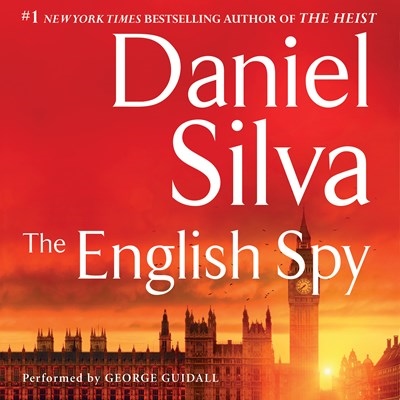 Daniel Silva is at the top of his game in this high-tension wire of an audiobook, performed by George Guidall. Silva’s Israeli spymaster, Gabriel Allon, teams with a former English commando named Keller to find Eamon Quinn, a former IRA bomb maker. Not only is Quinn a vicious terrorist for hire, but Allon and Keller also have intensely personal reasons for wanting him stopped. Guidall’s warm, lived-in voice brings so much to the experience, somehow always conveying understanding of and sympathy for the human dimension in the most terrible scenes of mayhem, the most morally ambiguous situations. His attention and pace never falter, and he is wonderful at the accents, including several flavors of Irish, along with Russian, Iranian, and an uncanny Israeli. B.G. Winner of AudioFile Earphones Award, 2016 Audies Winner © AudioFile 2015, Portland, Maine [Published: JULY 2015]