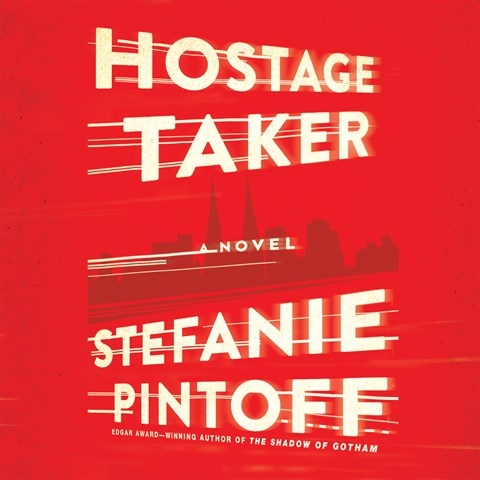 Pintoff's cracking New York City thriller has tricks and clues and traps for the unwary as well as a new protagonist and a new cast of larger-than-life characters. A hostage taker holds an unknown number of victims inside St. Patrick's Cathedral, threatening to kill them and destroy the church. Tanya Eby is a strong narrator. Her intimate, slightly breathy alto conveys the tension of the story as it unfolds. Her dialogue voices are distinct without being distracting. And her pacing is a little fast (as befits the New York setting) but always consistent. Unlike Pintoff's earlier thrillers, this story is contemporary, not historical. Her subject remains heartless Gotham, its victims and its heroes. F.C. © AudioFile 2015, Portland, Maine [Published: DECEMBER 2015]