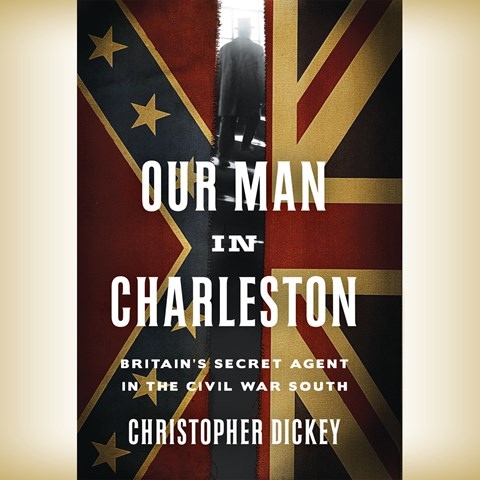 Narrator Antony Ferguson gives a solid reading of this amazing account of Robert Bunch, an Englishman who was the British Consul in Charleston, South Carolina, from 1853-1863. Bunch was not only an astute observer of the Southern ruling class but also a participant-- that is, a spy--in the diplomatic machinations among the United States, the Confederate States, the British Empire, and other European powers. He played the balancing act well enough until his own vanity led to his diplomatic status being revoked by the U.S. This well-written and detailed account blends an academic and a popular style, and Ferguson proves to be a splendid pairing with the text. His British accent is pleasing to the ear; his delivery steady and subtly expressive. M.T.F. © AudioFile 2015, Portland, Maine [Published: OCTOBER 2015]