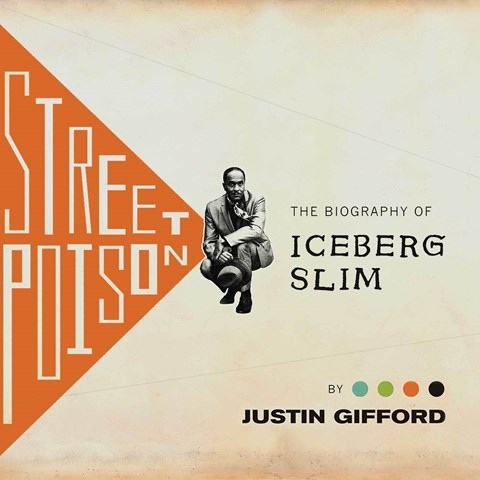 Narrator JD Jackson's performance gives this literary biography of Robert Beck warmth and animation. Better known by his pen name, Iceberg Slim, Beck wrote the foundational novels of street lit 50 years ago. Gifford, a scholar of street and pulp literature, provides an analytical and sympathetic biography of Beck from boy to man, pimp to prisoner, to increasingly insightful author. Beck's first novels, written from personal experience, feature black pimps and thugs as underdogs against racist white cops; his later works show a wider range of themes. Jackson clearly delineates with both pacing and inflection the passages Gifford quotes from Beck. Gifford and Jackson pair well to realize Beck's complex humanity and help listeners understand why he remains the recipient of homage in both street lit and rap. F.M.R.G. © AudioFile 2017, Portland, Maine [Published: JANUARY 2017]