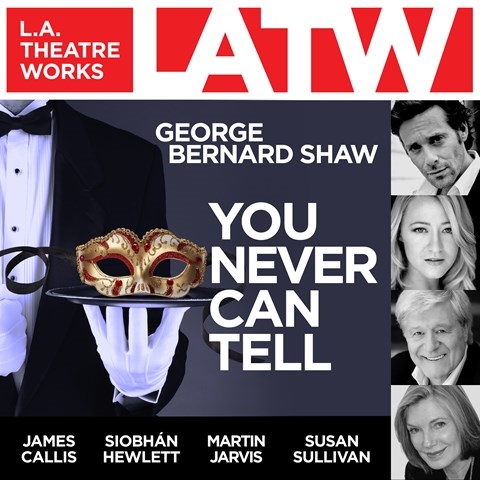 YOU NEVER CAN TELL

One of the many ways L.A. Theatre Works enhances the audiobook world is to restage the wonderful and witty early works of the 1925 Nobel Prize-winning playwright George Bernard Shaw (SAINT JOAN, PYGMALION). Susan Sullivan (of the TV series “Castle”) and the British actor Christopher Neame lead a fine cast in this 1897 comedy of errors in which an heiress and her family return to the tiny seaside town where she last saw her husband 18 years earlier. Meanwhile, a penniless dentist falls madly in love with the very “modern” eldest daughter. The solicitor, played by Broadway veteran Nicholas Hormann, delivers the perfect last laugh: “All matches are unwise. It’s unwise to be born. It’s unwise to be married. It’s unwise to live. It’s unwise to die.” Pearls of wisdom from a master. B.P. © AudioFile 2015, Portland, Maine [Published: OCTOBER 2015]