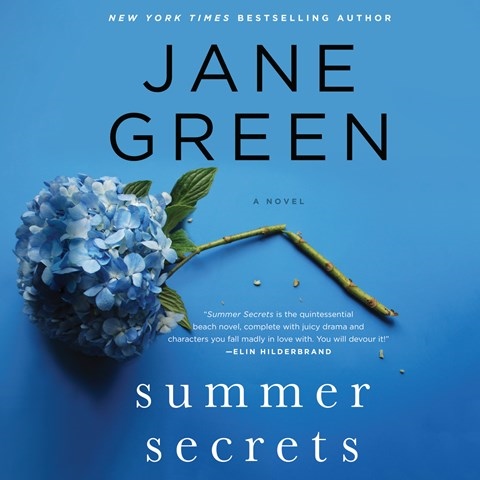 Jane Green's English accent is perfectly fitting for the London journalist featured in her audiobook novel. After a shocking family secret is revealed, Cat Coombs finds herself relying on alcohol to relieve her emotional pain-- until she hits rock bottom and makes a terrible mistake while visiting family in Nantucket. Now in her 40s, Cat is a single mother who is trying to stay sober and earn forgiveness for the mistake that haunts her. Green knows exactly when to put vocal emphasis on the important parts of Cat's life, adding vulnerability to Cat's voice in general and a tone of embarrassment whenever Cat thinks of her past mistakes. Green's soothing, smooth voice and intriguing story are worth devouring. D.Z. © AudioFile 2015, Portland, Maine [Published: OCTOBER 2015]