Home»Reviews»JACK STAPLES AND THE POET'S STORM 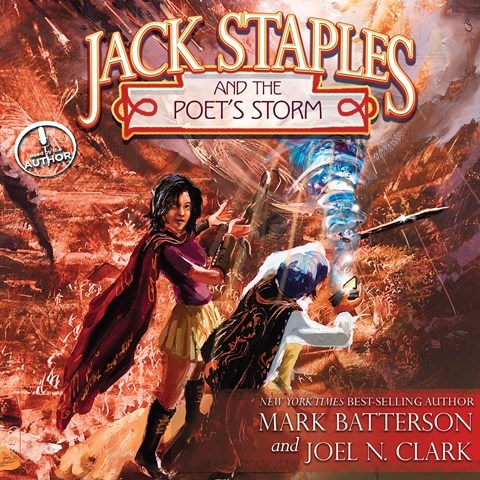 Coauthor Joel Clark guides listeners through the final battle between the evil assassin and "the awakened," who are the heroes in this series. His delivery of the narrative and the voices of the three children who are prophesied to save the world is distinct and steady throughout. Deftly handling the nervous babble of Arthur, Clark makes it clear that Arthur doesn't think of himself as much of a hero. On the downside, Clark voices Mrs. Dumphreys, the children's mentor, in a high, grating voice. And his attempts to use Irish accents for minor characters and varied voices for the evil assassin and his monster minions are overplayed. As a result, the dialogue is overwhelmed, so tense confrontations and battle scenes seem comical rather than serious. M.F.T. © AudioFile 2015, Portland, Maine [Published: AUGUST 2015]