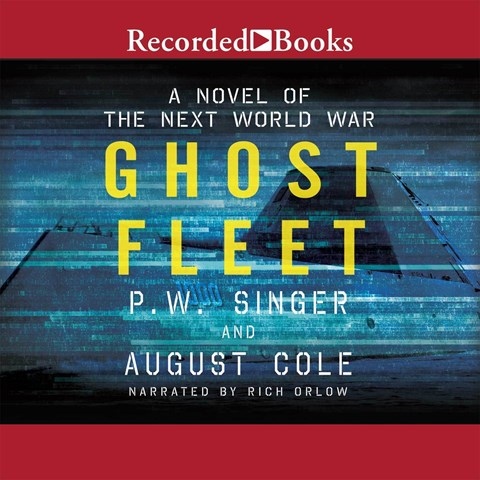 GHOST FLEET A Novel of the Next World War

It requires a talented narrator to handle the many characters involved in a global war in 2026. The multitalented Rich Orlow is up to the task, whether he's portraying an aged Chinese admiral, a female Hawaiian assassin, a Russian spying for the Americans, or an eccentric Aussie billionaire. The titular Ghost Fleet is the last-ditch defense of a diminished U.S., which has been hung out to dry by its allies after a sneak attack, rivaling Pearl Harbor, by Chinese and Russian forces. In a masterful effort, Orlow employs breakneck pacing and a variety of accents to bring to life the multitude of combatants in the worldwide conflict. He skillfully guides listeners through the many twists and turns that drive this riveting production. D.E.M. © AudioFile 2015, Portland, Maine [Published: NOVEMBER 2015]