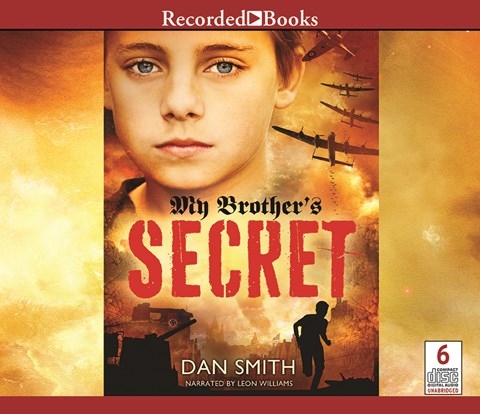 Narrator Leon Williams vividly conveys action, fear, and uncertainty in this audiobook about a subject not often written about, Hitler's youth groups. Twelve-year-old Karl Friedman is more enthusiastic than the rest of his family about the Führer, so much so that he turns in his older brother for not being "German enough." Williams impeccably captures everyone in Karl's circle: mother, brother, grandparents, and first girlfriend, Lisa. He particularly excels at demonstrating Karl's changing opinion as he witnesses the needless—and endless—cruelty of the Gestapo and Germany’s other fanatical citizens. Outstanding sound effects replicating an air-raid shelter under attack will keep young listeners glued to this outstanding coming-of-age story, which graphically demonstrates the horrors of war while humanizing the people who are swept along in it. S.G.B. Winner of AudioFile Earphones Award © AudioFile 2015, Portland, Maine [Published: OCTOBER 2015]