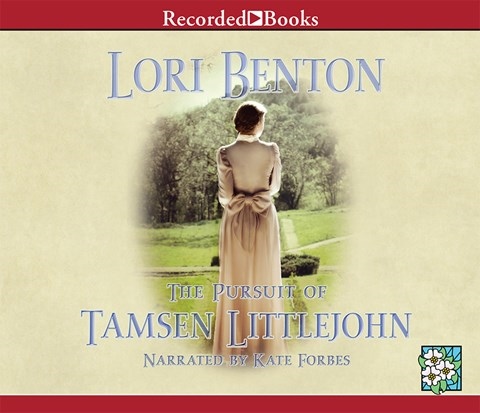 THE PURSUIT OF TAMSEN LITTLEJOHN

AudioFile review pending. FROM THE PUBLISHER: Western North Carolina, 1787 To escape a threatening stepfather and an unwanted marriage, Tamsen Littlejohn enlists the aid of Jesse Bird, a frontiersman she barely knows, to spirit her away from Morganton, North Carolina, west beyond the Blue Ridge Mountains. Trouble pursues, as the two men intent on seeing her recovered prove relentless in their hunt. Trouble awaits in the form of a divided frontier community. Across the mountains the State of Franklin has been declared, yet many settlers remain loyal to North Carolina. Chaos reigns, thwarting Tamsen and Jesse's hastily cobbled plan to keep her safe. With her pursuers ever nearing, the region in turmoil, neighbors grown suspicious of her presence, Tamsen's safety is soon put in greater jeopardy. Gaining the freedom she longs for will mean running yet again, to the most unlikely refuge imaginable-the Cherokees, a people balanced on the knife edge of war. But the biggest complication may prove to be Tamsen's growing bond with her knight in greasy buckskins, Jesse Bird. Falling in love was never part of the plan. [Published: ]