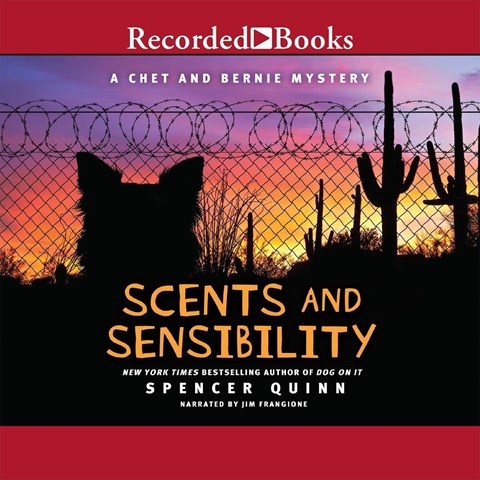 Private eye Bernie and his canine partner, Chet, investigate a murder over a cactus. Jim Frangione delivers the audiobook, told in Chet's voice, with simple emotion and enthusiasm. The result is amusing, with a few laugh-out-loud moments. The scene of Chet's tussle with another dog followed by a run through thorn bushes and his puzzlement over Bernie's reaction is classic. There is crime involved, so things eventually get serious. Chet's escape from bad guys, with the help of his new canine friend, is tense and exciting. The audiobook closes on a dramatic note that could catch listeners off guard. New listeners might prefer an earlier installment, but fans will want to know what Chet and Bernie are up to this time. J.A.S. © AudioFile 2015, Portland, Maine [Published: NOVEMBER 2015]