Home»Reviews»THE SCOUNDREL AND THE DEBUTANTE 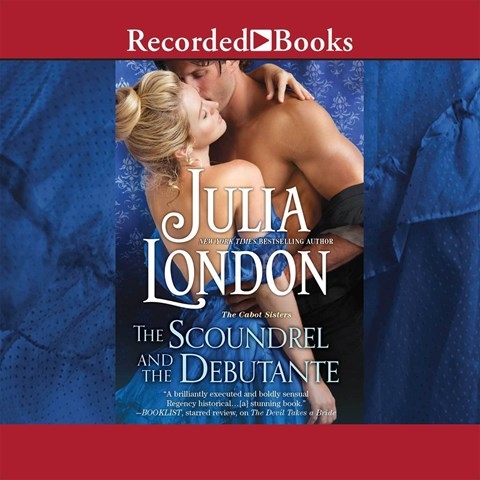 THE SCOUNDREL AND THE DEBUTANTE Cabot Sisters, Book 3

Rosalyn Landor’s engaging performance, filled with flowing dialogue and charming accents, reveals that love transcends culture and continents. On a trip to visit a friend, Prudence Cabot meets Roan Matheson, an American in search of his runaway sister. Landor brings out Roan’s American accent and gentlemanly ruggedness with deep tones that contrast with Prudence’s proper English accent and gently lilting voice, setting the stage for their miscommunications. Landor’s modulating tones and careful pacing amusingly convey the scandalous talk by gossiping locals, and the societal ironies as Prudence—still unwed at 22 and destined for a life of spinsterhood—finds herself attracted to Matheson and a life of freedom and adventure. M.F. Winner of AudioFile Earphones Award © AudioFile 2015, Portland, Maine [Published: NOVEMBER 2015]