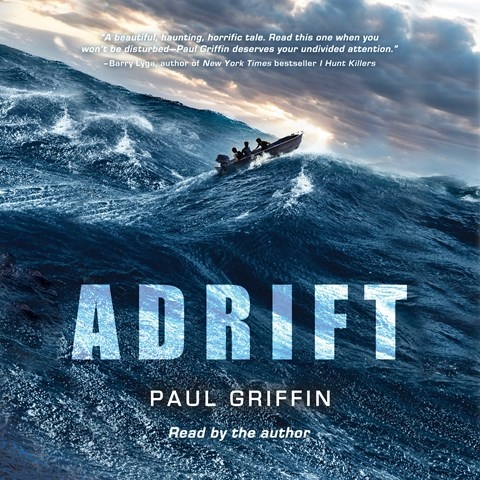 Author and narrator Paul Griffin captures the intensity of what happens when Matt and his best friend, John, wind up trapped on a tiny boat in the ocean with three other teens they've just met. Matt is from the Bronx, and Griffin appropriately lets his slightly tough first-person persona infuse the performance. As the maritime situation worsens, Griffin makes palpable the increasing tension between Matt and John, as well as dramatizes the culture divide between them and the three rich kids they followed out onto the water. Even though Griffin adds some accents to the voices, it's sometimes impossible to tell who's speaking. Despite that slight confusion, though, listeners will be riveted by edge-of-your-seat storytelling. A.F. © AudioFile 2015, Portland, Maine [Published: OCTOBER 2015]