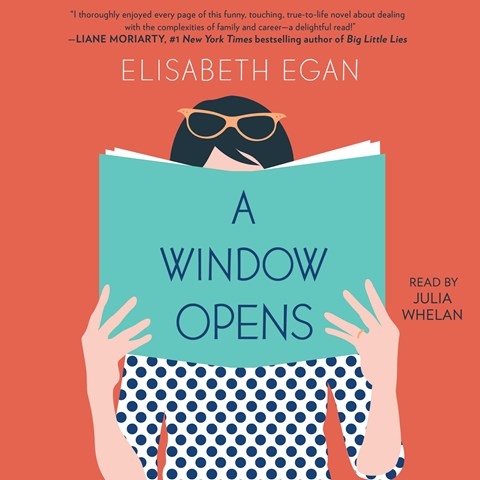 Julia Whelan delivers another striking performance as she perfectly voices Alice--and all her thoughts--as she juggles a new publishing job, her family, and her father's appointments for cancer treatment. The job, it turns out, is less about books and more about accessories. (Sound like any companies we know?) Whelan gives Alice's father the unnatural sound associated with an artificial voice box just as believably as she produces the excited squeal of one of Alice's children. Whelan also transitions seamlessly between the two demeanors of Alice's boss--whose management style can best be described as "berate, then befriend" and whose emails are overwhelmingly present in Alice's life. Alice's mom sounds both tired and concerned for her husband while also optimistic and supportive of her daughter. Alice's world is an enigmatic one that listeners will be sad to leave. A.L.C. © AudioFile 2015, Portland, Maine [Published: DECEMBER 2015]