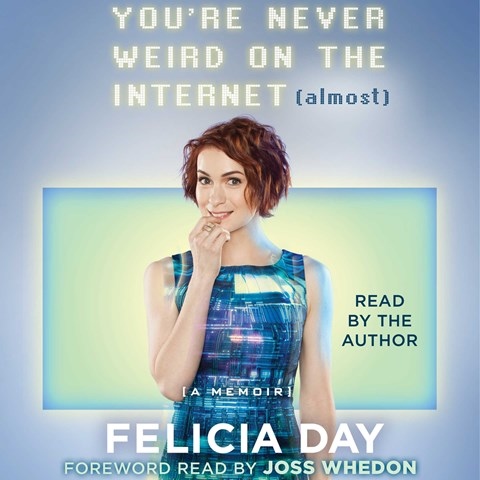 YOU'RE NEVER WEIRD ON THE INTERNET (ALMOST)

With a foreword written and narrated by Joss Whedon followed by a lively narration by the author herself, this audiobook proves to be the perfect production for anyone deeply versed in video game, Internet or geek culture. Felicia Day traces her development from homeschooled child of quasi-hippie parents to actress, director, producer, and all-around gamer-geek icon, detailing some of the more challenging and problematic issues in her life such as fighting depression and dealing with stalkers. As narrator, she brings her full quirky and geeky personality to the production. She does more than narrate; she fully performs with excitement, sadness, and goofiness, making this production an enjoyable listen for both fans and those new to her talents. L.E. © AudioFile 2015, Portland, Maine [Published: OCTOBER 2015]