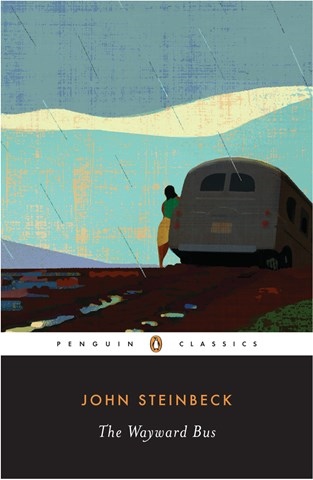 Narrator Richard Poe provides a good variety of voices for Steinbeck's cross section of travelers and workers who are thrown together in a California roadhouse and, later, on a dramatic bus ride. Poe uses pitch and intonation skillfully to convey people of both sexes and different ages and social conditions, though characters with similarities--youth, for example--can sound a bit too much alike. He keeps Steinbeck's descriptive passages on each character from becoming dull and puts across the moments of crisis and high drama well enough--though the narration remains on the "reading" side of the indefinable line between reading and acting. Still, it's capable work overall, often skilled and sensitive, and ultimately satisfying. W.M. © AudioFile 2015, Portland, Maine [Published: NOVEMBER 2015]